We are excited to announce that Amanda Brumfield has been released from prison. Amanda was wrongfully convicted of manslaughter in 2011, based on faulty forensic science evidence. She was given a 20-year prison sentence. The Center for Integrity in Forensic Sciences worked as part of Amanda’s team to advocate for her release. Her team was prepared to fully litigate her claims next week, but the prosecution offered to immediately release her if she withdrew her post-conviction claims. Innocent people are routinely placed in this situation and many choose to accept an offer for release rather than face the uncertainty of moving forward with their claims.

Amanda’s goddaughter climbed out of her playpen in the middle of the night, fell, and suffered brain damage. As a result, eventually she died. The little girl was in Amanda’s care at her home during this tragic event. The prosecution asserted that the 12-month-old could not have climbed out of a playpen on her own and that, even if she could, the fall would not cause the injuries she had. But the science is clear: in the right circumstances, children can and do die from falls that initially do not appear serious.

Amanda has always maintained her innocence, and today she is free from prison. She can finally be at home with her family. We wish Amanda nothing but the best for her future and will continue to proclaim her innocence, including by working with our partners to seek a pardon from the Governor of Florida. 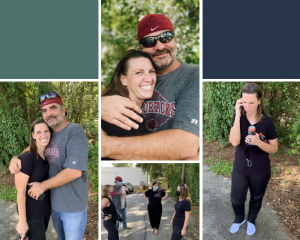